Find out about some of the great people and projects at work in Johnstown!

Join Lift Johnstown and Johnstown’s Vision2025 at Ace’s for an evening filled with energy and activism.

First, you’ll hear from Lift Johnstown leadership, with an annual update on the past year’s activities and a look at what’s ahead for 2018.

Then Vision2025 will have its own update, followed by a celebration of the past year’s volunteerism. Thousands of people donated their time and expertise in 2017, empowering dozens of Capture Teams to achieve incredible things.

Joining Vision2025 as a Special Guest Speaker is Bill Flanagan, a regionally known personality and Chief Corporate Relations Officer for the Allegheny Conference on Community Development.

Here’s some info about Bill: 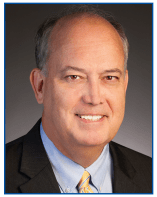 An experienced broadcast journalist, Bill has told the story of the transformation of the economy in Pittsburgh, Pennsylvania for more than 30-years. He serves as host and producer of “Our Region’s Business,” a weekly business public affairs program on WPXI-TV in Pittsburgh, PA, the Pittsburgh Cable News Channel (PCNC), and YouTube.

As President of The Pittsburgh G-20 Partnership in 2009, Bill helped to organize the public/private partnership of organizations from across southwestern Pennsylvania that came together to welcome the world for the Pittsburgh Summit. As Executive Director of Pittsburgh 250, the celebration of the 250th anniversary of the naming of Pittsburgh in 2008, Bill supervised a multi-year, 14-county initiative.

Bill came to work in southwestern Pennsylvania in 1982 as a reporter for KDKA-TV. He served as the station’s Money Editor for 13 years and has written about personal finance for The Pittsburgh Post-Gazette and KDKA-AM.

Bill is a graduate of Northwestern University (B.S. Speech), and holds a Master’s Degree in Journalism from the University of Missouri-Columbia. He is a native of Dover, Delaware.

Meet up with friends and neighbors who are digging in to make this the city we all want it to be. You’ll be inspired by the great work that’s being done, and the innovative ideas brewing for the future.

You can keep up with both organizations on Facebook. Follow their pages RIGHT NOW: Lift Johnstown / Vision2025