MENU
A Fitting Tribute for a Life of Service 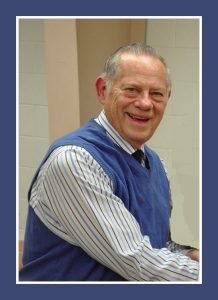 When he graduated from Berlin Brothersvalley High School in 1961, Doyle Paul couldn’t afford to go to college. Through the kindness of an older gentleman living in Berlin, that changed. “He would never have been able to go to college because of financial restraints,” says Doyle’s wife of 52 years, Donna Paul. “He never forgot this gentleman’s generosity and had great respect for him.”

Doyle went on to study agriculture education and science at Penn State, eventually returning home to share what he’d learned with others. He spent decades teaching at the same school he grew up in, and mentoring students through the Somerset County Young Farmers’ Association.

Doyle’s grandson, Sam Dively, was one of those students. “He always was helping to find ways to motivate young students to not give up,” says Sam. “I’m fortunate to be one of those students that he pushed and motivated to follow goals and keep my eye on the prize. He taught me that no matter the obstacle ahead that if you kept pushing the goal could be achieved. I would not be where I am today without the guidance I had from him at a young age.” 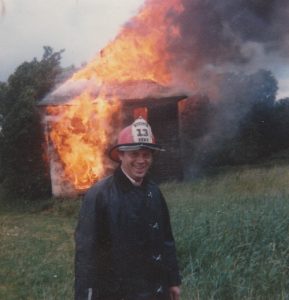 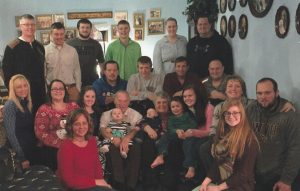 As Sam puts it, Doyle cherished family, and his definition of family was broad. “It didn’t matter who you were, he cared about everyone! It didn’t matter if you were someone he already knew or if you just met him. He saw the potential in everyone and was always ready to help anyone at any time. He was a teacher, role model, leader, and mentor. The list goes on and on, but most importantly, he was a family man. And even if you weren’t related by blood, he treated everyone as if they were a part of his family.”

With awards and accolades too many to mention, suffice it to say Doyle Paul represented the best of Berlin, if not the best of humanity. When he passed away in July 2017, the loss was felt far and wide.

“Doyle always said, ‘Actions speak louder than words,’” adds Donna. He lived his life setting an example with a strong dependable foundation for others to follow. He loved his Lord and Savior, worked hard, loved his family unconditionally, was dedicated to completing a task once started, lived his life to the fullest, had integrity, loyalty, always had a smile on his face, and offered a handshake to people he didn’t even know. He left a legacy that will be carried on down through the years by those who were fortunate enough to know and love him.”

The Doyle E. Paul Memorial Scholarship carries that legacy forward, extending a helping hand to students pursuing an education related to agriculture. The fund was created by the Somerset County Young Farmers’ Association to honor a man who shone as its beacon.

“We give communities a vehicle for commemorating and celebrating the best in people,” says CFA President Mike Kane. “Doyle inspired hundreds, if not thousands, of people through his many teaching, leadership, and volunteer positions. This scholarship honors his passion for farming and for service, which benefits everyone in our region.”

Sam says his grandfather would be smiling ear to ear knowing this will help a young person pursue the subject he loved so much. “He loved to watch students excel. He taught so many to love agriculture as much as he did. He would love to see these young students want to be hungry to learn as much as possible.”

It’s a fitting tribute for someone who held dear the generosity that enabled his own education – and it’s a tribute to the ideas Doyle spent his life teaching.

“Doyle believed in the future of agriculture,” explains Donna. “He would be humbled to know that a scholarship in his memory was created to help young people accomplish their goals and become confident leaders in something he was very passionate about – agriculture. He would want these young people to gain as much knowledge as possible and share that knowledge with others, make a positive impact on people’s lives, be the good in the world, and pay it forward.”

“Doyle Paul always worked for everything he had,” adds Sam. “He earned it through being dedicated and compassionate through his work. This scholarship will hopefully give a little motivation to these young students to follow their dream in agriculture and potentially become a leader in agriculture just as he was.”

Though he would never say it, Doyle would want them to be like him. The world will be a better place if they are.