MENU
Walk of Hope Raises More Than Ever 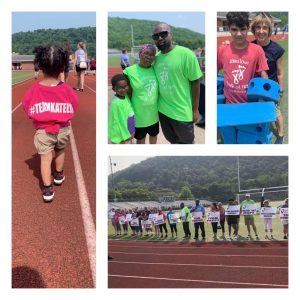 The fourth annual Johnstown Walk of Hope is shaping up to be its strongest year yet. So far, donations from the June 1 event have far outpaced past years, with more than $55,000 raised. The first three years brought in around $30,000 to $36,000 each year.

“We started this with no clue how big it was going to be,” event coordinator Marlene Singer says. “We knew, whether it was $1,000 or $10,000, it was good because the money was going to stay here. There was no minimum we were looking to make. I’m just blown away by how this has grown.”

But without local leadership and organization, the walk to fight cancer in Johnstown probably would not exist.

Instead of being funneled to a national organization, the money would stay right here, managed through Community Foundation for the Alleghenies, and distributed to local families affected by cancer. In the first three years alone, more than $100,000 was donated locally to help patients fighting cancer to afford medicine, transportation, mammograms, and meals during treatment.

“Those of us involved were committed to the process of the walk and what it meant. We decided to go out on our own,” Singer says.

The biggest hurdle was figuring out how to operate a nonprofit. When Singer was the chairwoman for Relay for Life for two years, she had a national organization to set a framework for how fundraising dollars would be managed.

“I knew nothing about running a nonprofit,” she says. “I only knew how to be the face of it.”

So she reached out to Community Foundation for the Alleghenies.

“I always say I absolutely could not do this without their help,” Singer says. “I want to make people comfortable with knowing where their donation goes. The Foundation gives me that credibility. They manage the fund, the nonprofit side, and pay the bills. There’s a process in place. They absolutely are key.”

The Walk of Hope’s history and success represent an ideal example of how the Foundation can bolster local grassroots efforts, CFA Director of Donor Services Katrina Perkosky says.

“We manage the administrative and financial end so they can focus on putting together an amazing event,” she says.