Main Menu MENU
‘She Made Every Day Better’ 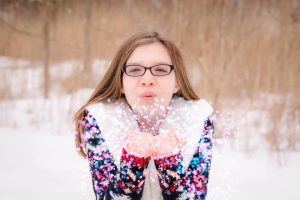 Family and Friends of Laina Haney Create Scholarships in Her Honor

Family and classmates of 12-year-old Laina Haney are working to honor her memory by helping other young people pursue a sport that brought her joy.

News of the girl’s murder in October 2019 shocked the community, and people across Bedford County and beyond have come together to mourn the loss of a kindhearted, spirited young woman. Laina’s father, Jason Haney, said she had come to love shooting sports over the past couple years, and so the Laina Haney Memorial Rifle Scholarship Fund will create opportunities for kids with the same passion. The fund is managed through Community Foundation for the Alleghenies.

“She had already moved onto the second position in five weeks at the club,” her father said. “She was really excited, thinking about how she could get a scholarship to go to college.”

She was really excited, thinking about how she could get a scholarship to go to college. 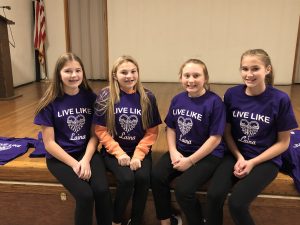 Fundraising efforts to support the scholarships stem from T-shirt sales that Laina’s classmates designed. Cora Ramsey, 13, and another classmate, Emily Young, also 13, initially created the shirts for the two of them to keep Laina’s memory alive, Emily said.

“We wanted to make the shirts so people can always remember what her spirit was like and how great she was,” Emily said.

The two were surprised at how many other people expressed interest. So far, they’ve sold more than 650 shirts and raised more than $2,000 for the scholarship fund.

Laina’s kindness stuck with people—in and outside of school, Cora said.

“She just had this very glowing personality that stood out more than anybody realized,” she said. “Everybody realized how much positivity she brought after she passed. She made every day better.”

Laina’s stepsister, 17-year-old Lindsey Foor, said Laina had endless, endearing spunk. Their rides to school and to visit family together were always special.

“We’d turn up the music and jam out to songs,” she remembered. “She’d ask what song we should play. I’d ramble one off and she’d sing really loud.”

The scholarship opportunity is something Laina would have appreciated, Lindsey said, and likely an award she would have pursued herself.

“She was so excited to keep going on the rifle team, trying to get better, trying to get a scholarship when she was older,” she said. “She knew she wanted to go to college. After it happened, I could see kids coming together and trying to make a legacy for her. Knowing she made an impact on them—and she’d only been there two months—just shows me how she affected people. She tried to make friends and tried to be there for people. I think they thought the world of her.”

“She was always willing to help another person,” he said. “There was never a time she didn’t offer to help or try to make someone feel better. If kids were bullied at school, she tried to make friends with them. I’m glad to see them come together and try to do something for her.”

For more information, or to make a donation to the scholarship fund, CLICK HERE.