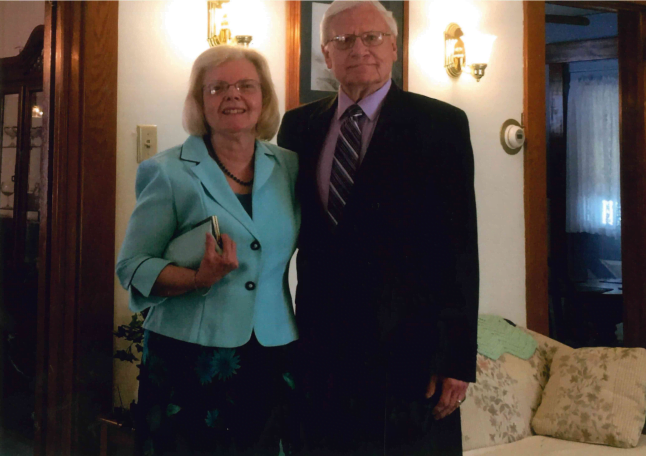 Like time signatures in the hymns she loved, Sara “Sally” Goughnour built a meaningful life around rhythms—traditions that made even the smallest moments precious to all who knew her.

When her two boys were young, she would take them once a week to the library in downtown Johnstown to pick out a book, and then they would walk over to Burger King as a treat afterwards.

In the last 10 years of her career, she would meet her husband, Tom, for lunch at noon every Wednesday at Burger King in Westmont. Every Sunday through the summer, the two of them would head over the mountain toward Ligonier, stopping at Shaffer’s for ice cream on the way, and arrive in time for the 7 p.m. start of the Sunday Evening Band Concerts. They shared a deep love for music and almost never missed a Johnstown Symphony Orchestra performance.

In retirement, she became dear friends with women in the Silver Sneakers program at West Hills Recreation Commission at The Grove, where she’d exercise on Tuesdays and Thursdays, and it was a bright point in her life when she could rejoin them while her lymphoma was in remission.

For the past few years, she and Tom had talked about making arrangements to give back to the organizations and people that brought them joy. They decided to join the 1929 Society by committing to the Johnstown Symphony Orchestra’s endowment at the Community Foundation, and they also worked with CFA to start designing a legacy around causes close to their hearts.

Sally passed away in the summer of 2022, but her generosity and her intentions will be honored forever through the Thomas R. and Sara A. Goughnour Legacy Fund at CFA. The fund will support scholarships for tennis student-athletes at Westmont Hilltop School Districts, where their sons Thomas and John—two grades apart in school—played tennis together. It will also support the West Hills Recreation Commission and the commission’s “Grove” where Sally would meet her friends. And it will support Sunday Evening Band Concerts in Ligonier. Both lifelong Johnstowners, Tom and Sally initially met through music. Tom’s voice instructor had suggested he visit with a well-known pianist in Westmont, who introduced him to her daughter Sally. Years later, they would reconnect during Sally’s tenure at the Greater Johnstown Chamber of Commerce. They were married 48 years, and both their sons went on to pursue meaningful careers—John as the director of medical affairs for an organization that designs therapies to prevent and treat life threatening viruses and Thomas as a policy researcher for a nonprofit policy think tank.

Sally was a 1969 Westmont Hilltop graduate who sang and played piano throughout her life. In addition to her work at the chamber, she also worked at Crown American and spent the last 10 years of her career at Conemaugh Memorial Medical Center.

Her focus, though, Tom said, was always on spending time with their boys. He’s proud to share a carefully laminated newspaper clipping from 1982, where Sally is pictured with both boys on her lap, the three of them enjoying the Reed Band concert in Johnstown’s Central Park, which was their Thursday evening routine at the time.

After she retired, she and Tom took month-long road trips, taking in the sights at U.S. National Parks out west and throughout the country and parts of Canada and to experience the beauty of nature’s extremes.

Those spectacular sights were special moments, too, but Sally’s zeal for life wasn’t tied to anything out of the ordinary. It was the music of the everyday and her ability to appreciate what was right next door that made her such an uplifting person to be near.

Those gifts she saw and experienced all around her—her friendships at the Grove, the power of music, and the joy of helping young people achieve their dreams—are part of why she and Tom decided they wanted to build a legacy at CFA, Tom said.

“We wanted to encourage others to give back to the things that hold meaning for them.”

To make a gift to the fund in Sally’s honor, CLICK HERE.

To find out more about designing a legacy, reach out to Community Foundation Director of Donor Services Katrina Perkosky at kperkosky@cfalleghenies.org 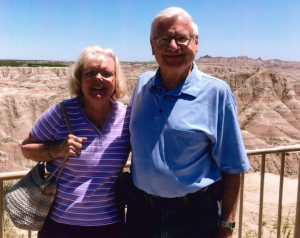 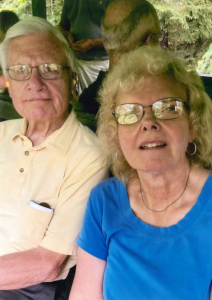