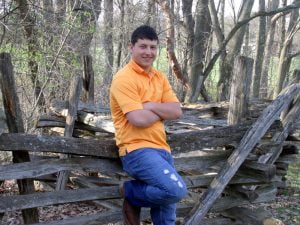 At his son’s funeral, Rob Landis found himself talking with a woman he’d never met before — a stranger who felt compelled to tell Rob a story about how Seth Landis had helped this woman’s children during their first trip to the Somerset County Fair. The kids were struggling with preparing their pigs for presentation. Seth saw that they were having a tough time and showed them what to do. When their mother offered to buy Seth a milkshake to say thank you, he politely declined, telling her he was just happy to help out and teach them what someone else had taught him. That small act of kindness stayed with the woman and her children. It’s the type of story that makes Seth’s parents proud.

“It’s just that Seth was a very selfless person, and very much about helping others,” says his mom, Tracy Tirko Landis. “He was truly an amazing young man”

Seth grew up on ErReR Hill Farms, working with his dad, from the time he was a toddler. When he was nine, Seth discovered 4-H. This ignited a love of animals and fueled Seth’s passion projects: raising and showing livestock. He was good at it and had numerous awards to prove it. 4-H and FFA brought him out of his shell, thrusting him into public speaking and leadership conferences, and showing him a world outside of Somerset. It also surrounded Seth with an extended family, which included local farming families and Seth’s Ag teacher at Somerset Area High School.

Tracy and Rob describe Seth as a young man strongly connected to his family, and devoted to friends and faith in God. “He lived each day to the best of his ability and was always smiling and happy.”

It was no surprise to anyone that Seth chose to pursue a degree in agriculture at Penn State. This field of study would have given him the opportunity to turn his unwavering passion for agriculture and animals into a career that he would surely would have loved. His goal after graduation was to teach at Somerset High School. He had hoped to eventually take the reins from his mentor, allowing Seth to pay forward the kindness that had been shown to him, and instilling a passion for agriculture in the next generation. His long-term goal was, of course, to own his own farm. Seth was happy, and he was pursuing what he loved.

“You just couldn’t have written a better story or a better life for him,” adds Tracy. “In the 20 years he was on this earth he touched so many lives. At his Celebration of Life, we were completely overwhelmed to hear so many stories of love, laughter and how much of an impact he had on everyone he met. It really helped us to realize that while he may have only had 20 years of life on this earth, he lived his life more fully than many people do in 80 years.”

Seth died unexpectedly in May 2017, from complications related to an aggressive type of pneumonia. Three-hundred people showed up to Seth’s “private” viewing, and twelve-hundred people attended Seth’s memorial service, many of them staying to share stories until 10:30 at night.

In the months since he passed, many people have told Tracy and Rob they will never forget Seth’s smile. That smile and spirit inspired his friends to create commemorative clothing imprinted with the saying “Why fit in when you were born to STAND OUT…”

Along with an outpouring of love, there’s been an outpouring of desire to honor Seth’s big heart and giving spirit. Rob and Tracy partnered with the Community Foundation for the Alleghenies to establish the Seth Landis Memorial Scholarship Fund. The fund was created to celebrate Seth’s love of agriculture and help others pursue their passions through post-secondary education. 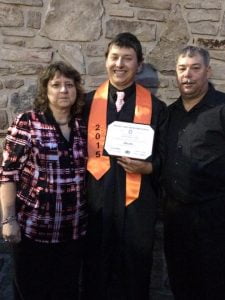 Rob and Tracy know first-hand what a big help that funding is for families on a tight budget. Seth himself was a recipient of the Tyler Park Beachy Memorial Scholarship, which was doubled through the Pennsylvania Higher Education Assistance Agency (PHEAA) PATH match. “College is so expensive. $500 can buy books. Every little bit helps.”

Through the scholarship fund, Seth is still having an impact, still helping others, the way he was brought up to do. “We brought him up with ‘do unto others as you would have them do unto you.’ We raised him in the way of the Lord and there’s no doubt that’s where he is now.”

Rob and Tracy still find themselves waiting for their only son to come up the driveway, but they find comfort in their strong faith. That faith keeps them moving forward and keeps them focused on all the good Seth brought to their lives during his short time on this earth. Tracy knows Seth is ok. 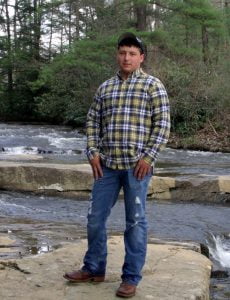 “He sends us signs,” she says, “like a beautiful pheasant he saw before he died. He told me he wanted to shoot it, but I told him it was too beautiful. Every day in the weeks after he died, that same pheasant came around the house, looking in every window, sitting on the stump. He would just cackle, cackle, cackle. I know that’s Seth, telling us not to worry.”

That’s Seth, looking out for the people he loved and cared so much about.