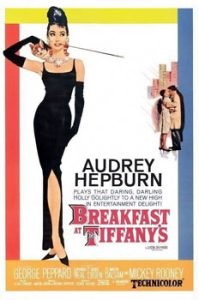 The next installment in the “Classic Movies in Johnstown” will be Breakfast at Tiffany’s, a 1961 American romantic comedy directed by Blake Edwards and written by George Axelrod, loosely based on Truman Capote’s novella of the same name. Starring Audrey Hepburn and George Peppard, and featuring Patricia Neal, Buddy Ebsen, Martin Balsam, and Mickey Rooney, the Oscar-winning film was initially released in 1961.

This film has become an American classic, beloved by Hepburn fans and anyone who loves smart films filled with iconic style moments.

Sponsored by the Gella Family Fund, part of the Community Foundation for the Alleghenies. Tickets can be purchased online or in person at the theater.

Movies in the Gella series tend to sell out, so don’t wait to the last minute!